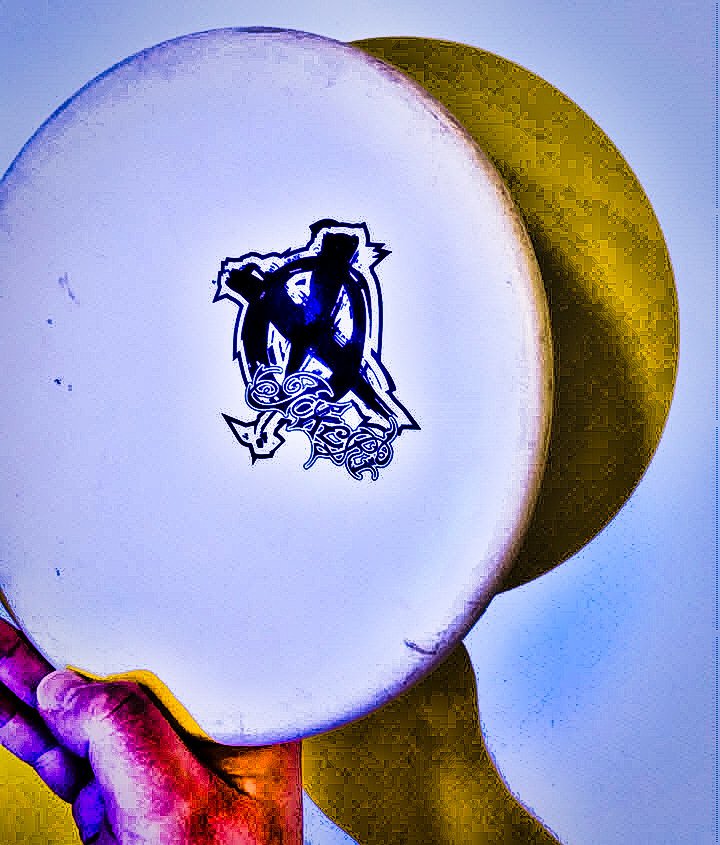 Infinite Discs recently hooked us up with a Prodiscus Jokeri to review and this was a fun putter to throw!  Prodiscus’ Jokeri putter did everything that it was designed to do.  It was a very stable disc that held a straight line and faded hard and predictably at the end and it felt more comfortable in my hand than many discs in its category.

“JOKERi is the first ever fully produced disc in Finland, with which Prodiscus started its serial production with. JOKERi is an overstable putter which makes it perfect for, not only putting, but also shorter drives and approach shots. It has no fear of winds, and thus is a reliable disc in any weather conditions. You can get it in Basic or Premium plastic.”

It first reminded me of a Gateway Karma because of the flat top and square nose, and it turns out it’s similar to throwing a Karma at lower speeds but it actually has the advantage of feeling somewhat similar to a Latitude 64 Pure.  The image below shows the similarities of the Prodiscus Jokeri (left) compared to the Latitude 64 Pure (right).

The numbers were right on when thrown at about 75% power.  Given that it’s a 4 speed it displayed a slight amount of turn when driving at higher speeds and became less stable with side arm throws.

The Jokeri putts how you’d expect a 4 speed disc to putt.  I didn’t enjoy the lack of glide or hard fades from light throws, but it was at least consistent.  The fades were stronger on straight spin putts but it was a little smoother throwing hyzer putts.  It also had a tendency to roll more frequently than other putters simply because the hard fade would set the rim at a hard angle to the ground.  The main advantage was it’s ability to fight the wind and handle more powerful putts without rising drastically.

I’ll briefly mention that it could handle a decent turbo putt, but that is primarily because of the high speed rating and torque resistance and when I missed the Jokeri ended up further from the basket than I had liked.

The Jokeri excelled greatly outside of 125 feet, inside that it was too stable for my liking but it was still consistent.  I came to the conclusion that it shares a genetic makeup of Kastaplast Berg and Discraft Zone, almost the flight of the Berg at the distance and speed of the Zone.  It performed well with both power grips and fan grips and the low glide plus high stability provided great control.  It held itself against the wind well considering it’s a 4 speed disc.  The Jokeri threw controllable hyzers that dropped a little short of the original line due to the stability and low glide.  We experienced no skips because we threw it fairly high that day and landed mostly on grass but I suspect it would skip on harder ground if thrown low because it has such a hard fade.

The Prodiscus Jokeri handled anhyzers a little better than the Zone does, but that lack of glide still made it difficult to shape a shot line for much movement.  Of course it faded out of the anhyzers quite nicely on the lines that we successfully manipulated.

Rodney threw a few high powered side arm flicks which the Jokeri putter handled fairly well especially for a low speed disc.  It displayed a decent amount of turn for about 200 feet but faded out smoothly and finished another 100 feet up the fairway.  We both felt that side arm shots were a distinct strength of the Jokeri.

The Jokeri is a great approach disc and I thoroughly enjoyed hucking it across the fairways.  High stability and low glide make for a great workhorse.  I would consider this an intermediate to advanced disc, but it should be friendlier that the Berg or the Zone.  I don’t consider the Prodiscus Jokeri a finesse disc but the discs I find most reliable are typically the stable workhorses.

If our Prodiscus Jokeri review appealed to you please share this post!  You can also check out Infinite Disc’s Jokeri listings here.