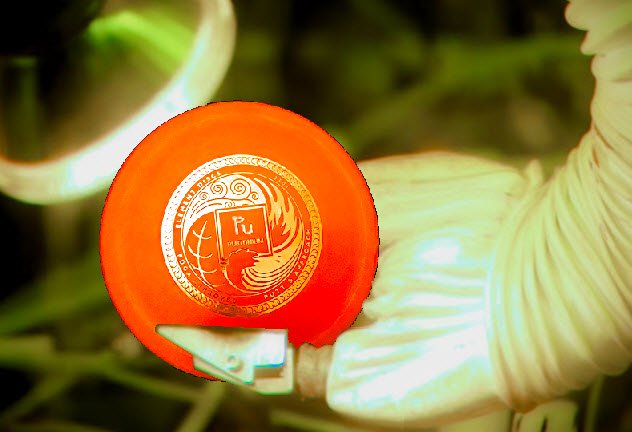 The Element Discs’ Plutonium is the second putter released in their line and is the more conventional of the two.  This stable putter loves a straight flight and should bode well for any putting style and any level of disc golf experience.  Element Discs recently sent us a Plutonium to review and I was quite impressed!

“This stable putt and approach is a versatile putter that holds the line it is put on. When thrown flat, the Plutonium will resist turn at high speeds but also has a slow gentle fade with a soft finish. No need to worry about skipping by the basket, as the Plutonium sits down just like the Iridium. This disc is a little faster than most putters so it is perfect for those shots in between putter and mid. “

The Plutonium has a very rounded nose so it feels beefy in the hand, but it’s profile is not high so it still allows for a nice release.  It has a small bead which is not extremely noticeable and a tumbtrack on the top just like its older brother, the Iridium.

The Element Discs Plutonium is a fast putter with moderate glide.  Inside the circle, and a little further out, it is almost a point and shoot putter but it’s just a little overstable so aiming just high to the side helps.  The moderate glide helps control the Plutonium, especially in the wind.  It’s also quite consistent.  I only experienced roll-aways when I hit the basket hard and bounced downward, but usually the Plutonium lands nicely.

Because of the straight flight and slightly overstable finish, the Plutonium should work well for almost any putting style.  The Plutonium can be putted on most lines and will typically hold that line and pull out just at the tail end.  The moderate glide and higher speed balance well to allow for a workable putter that is more consistent than most.  It actually feels like a slower putter because of the moderate glide, but it’s more consistent and can be thrown with more snap than many two-speed putters.  The Terra blend is firm and will handle a strong push putt and it’s consistent making it a friendly spin putter.  The Plutonium also handles turbo putts well and can be tossed with extra power because of the speed and firm plastic.

Surprisingly, I find that the Plutonium throws like a new hard Judge that resists turn (and we love the Judge!).  This surprised me because it’s a faster putter and it has lower glide, but the balance here results in greater initial distance from the speed but less distance on the fade due to moderate glide.  When thrown at medium power, the Plutonium displays a smooth and deadly straight flight with a reliable fade.  Power this putter up and it will display just a little turn before reverting to its reliable fade.  Given the speed, the Plutonium can handle both fan grips and power grips with few negative side effects.  The speed and torques resistance also makes for an excellent driving putter especially between 150 and 250 ft (46-76m).

Hyzers with the Plutonium are wonderful because it will flip up just slightly but is still controllable which results in precision.  Anhyzers are a little more difficult to throw because of the lower glide, but the high speed allows an anhyzer to take shape with just a little extra power.  The great feature of the Plutonium’s anhyzer is that it will hold that line for about two-thirds of the flight then break out which allows me to throw long and high anhyzers with confidence.

The only difficulty I had when approaching with the Plutonium was dropping the nose too far down.  If the Plutonium goes nose down it drops quickly and can result in a longer putt than anticipated, but this is the obvious trade-off for a safer approach and if I keep nose angle in mind then I have no problems.  The Plutonium’s nose is round enough that it is difficult to get a good grip to throw a hard flick, but the speed allows for great flick putts.  I’ve found wonderful success at 75 feet (23m) up to 125 feet (38m) where I can frequently hit chains.

Element Discs’ Plutonium is a great addition to their putting lineup.  It’s an all-around putter that compliments the overstable Iridium quite well and should be a practical option for most disc golfers of all experience levels.  Those disc golfers looking for a versatile putter that displays high consistency should find the most value out of the Plutonium.  You also can’t go wrong with the Terra plastic which is grippy in all conditions and breaks in slowly for a great lifespan.

Are you looking for a consistent and versatile putter?  Well we’ve got great news for you!  Element Discs is giving you, our readers, a 10% discount on any Element Discs’ Plutonium (aside from the bundles) if you use this promo code:

Add this to the holiday sales and you’ve got a pretty nice discount on a great gift for any disc golfer!

You can find the Faction DG store here: http://www.factiondg.com/store/c1/Featured_Products.html 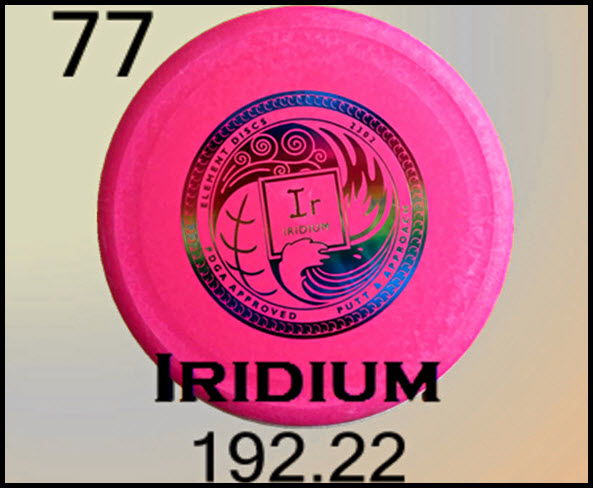 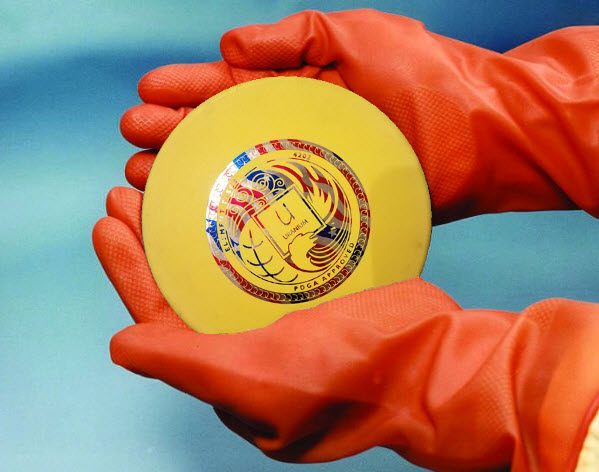