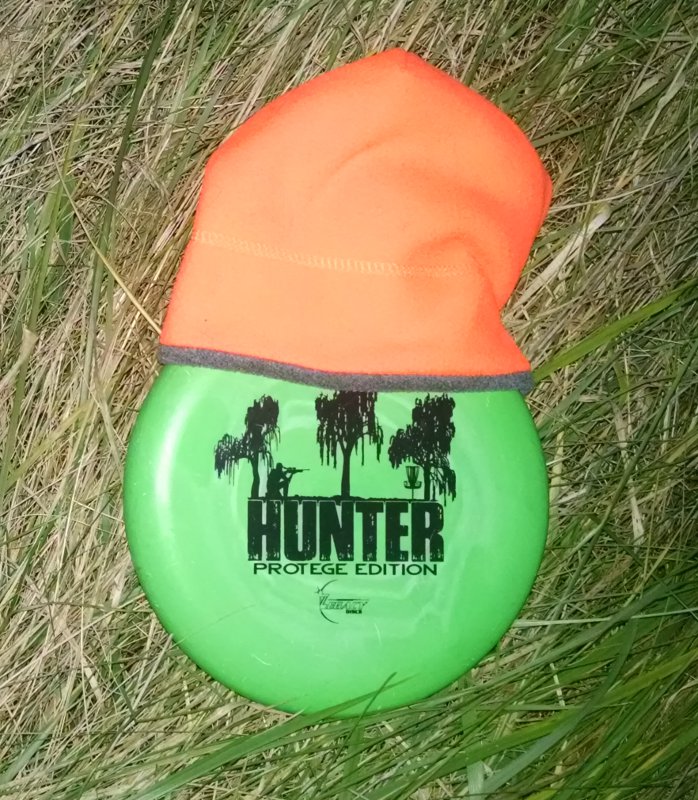 Hunting season is in full swing in Michigan and Legacy’s newest putter, the Hunter, is locked, loaded, and ready for action.

“The Hunter is designed to be a straight flyer with great glide. It will hold the line of release to the end of its flight. The Hunter is a great putter for putts outside the circle. The Hunter will be a go to off the tee because of its predictable flight and ability to never leave its line.”

Out of the box I really like the feel of this putter.  The protege plastic is very firm but still has some grip.  The medium to shallow rim on the Hunter is nice and this may be one of my favorite disc stamps.

In a word, inconsistent.  I can’t grasp why this putter seems to perform so differently from putt to putt.  Maybe the slight breeze affects it more than expected, maybe the Hunter is really nose angle sensitive, or maybe the Protege plastic needs to break in more to achieve the same results time after time.
Push and spin putting in the circle feels similar to the Innova Aero.  Longer putts tended to float to the right for me with no chance of returning to the left, not unlike the recently reviewed Westside Discs Swan 1 Reborn.  My turbo putt attempts tended to dive toward the ground earlier than expected.

I would not consider the Legacy Hunter to be torque resistant.  In order to throw this as an upshot disc that didn’t turn over too much, I had to back my power down significantly.  With 50-70% power, the disc flies a very straight line.  Here again I feel like the disc may be very nose angle sensitive because one out of every few throws would drop to earth much quicker than expected (perhaps like it were shot). 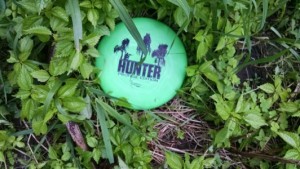 I was extremely excited to put this disc in my bag and give it a permanent position in the starting lineup.  However, I’ve been rather disappointed with the performance after several rounds.  The plastic, rim-depth, and flight numbers were all perfect but the disc just doesn’t seem to do anything well enough to unseat my current lineup.  On paper this one had all of the potential, but this proves why we get out and throw the discs.
That said, I feel like the Legacy Hunter might be a very solid approach disc for a lighter arm.  Thrown correctly, you’ll be rewarded with a straight flyer that can double as a putter in the circle.