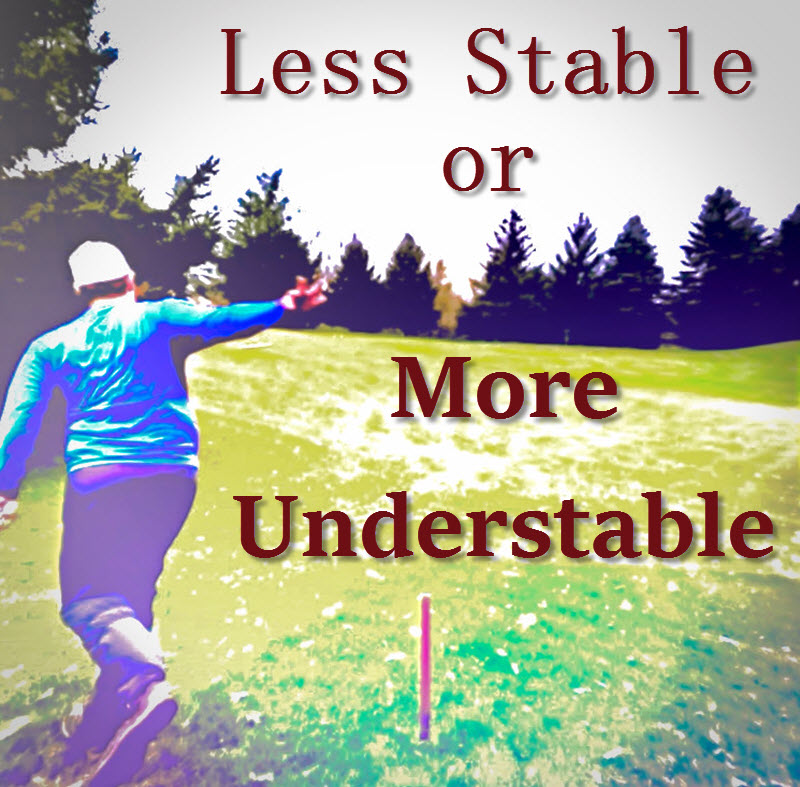 The question is whether your Tern is less stable or more understable than your Destroyer.  Some disc golfers hotly debate the issue, others couldn’t care less.  Some believe that it’s better to simply avoid the issue and discuss High Speed Stability and Low Speed Stability.  I’ve heard it both ways and I don’t believe that either is officially correct or incorrect but I’ve pondered this semantic discrepancy to the point of absurdity and I’ve developed two distinct paradigms that may come in handy when you’d like to impress your friends with disc golf academia.  Read on if you’re like me and are intrigued by details.

The key here is the difference between ‘stability’ and ‘stable’.

Many people use these terms interchangeably but in the first paradigm they are quite different.  The term ‘stability’ is an absolute rating of a disc’s propensity to fly to the left (for RHBH throwers) and ‘stable’ is a characteristic meaning the disc’s tendency to fly straight.  Stable is distinct from overstable and understable which are also unique characteristics in themselves and are defined in this Basic Disc Terminology article.

Yes, details, I know.  But this turns out to be very important when measuring and analyzing metrics.  Calculations are often more consistent and accurate if we use an absolute scale (yes there are exceptions) and classification is a well-developed type of analysis.  The first paradigm which sets absolute terms should be useful when we discuss disc golf metrics such as Throw Average Stability or when reviewing a single disc.

In the second paradigm ‘stable’ and ‘stability’ are interchangeable and they are a flight attribute that all discs have.  The terms ‘overstable’ and ‘understable’ are simply varying degrees of ‘stable’.

In this case none of the terms are absolute, rather they are all instances of the same characteristic and each hold a different connotation.  All that means is that it’s fine to use any of those terms when describing any disc.  For example, that Tern is understable, it’s also less stable than that Destroyer, and that Destroyer is much more overstable than that Tern.

As you can tell, this second paradigm is much less ridged than the first, and it’s the paradigm that I encounter most often in the real world.  I believe that this paradigm is also quite valid, especially when comparing two or more discs.  When comparing two discs to each other the relationship is usually more important than an absolute scale.  Because of this it is useful to have one ubiquitous trait of varying degrees across all comparison subjects.  This is even more appropriate because it’s difficult (maybe even impossible) to find an absolute scale across all disc golfers since discs perform differently and travel different distances for any given player.

At this point you may be wondering if any of this actually matters.  My response would be that it probably doesn’t matter for most disc golfers.  The important thing is that people understand each other, so as long as other disc golfers understand what you are saying then it shouldn’t matter which paradigm you use.  So why even write this?   We, the Puttheads, believe in disc golf analytics and we want to be accurate when discussing them. The semantic paradigms will be helpful when deciding how to use certain terms in articles or if you analyze your disc golf metrics, but I certainly wouldn’t call you out in a fit of pedantic condescension.  Now stop obsessing over grammar and go throw some discs. 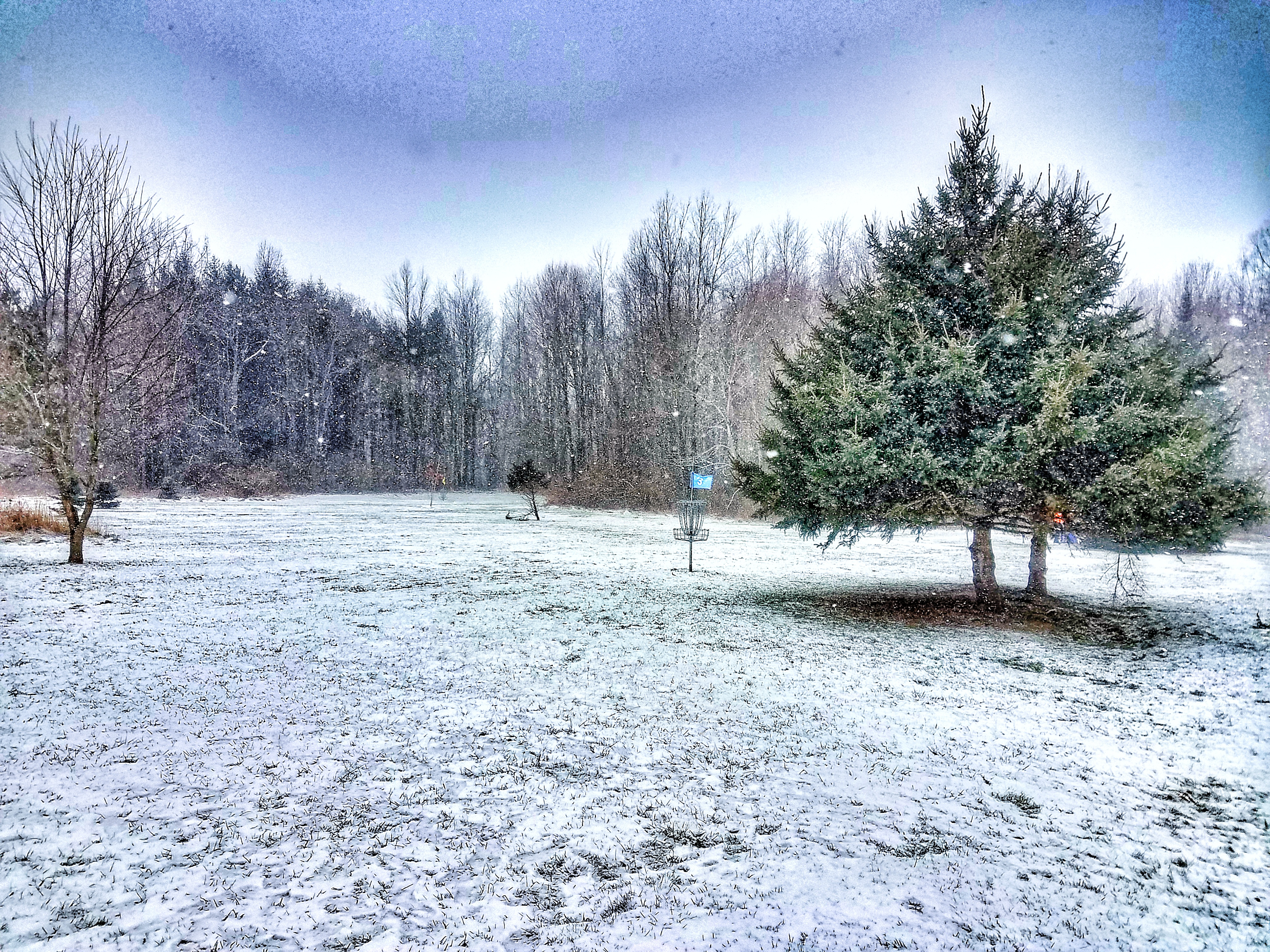 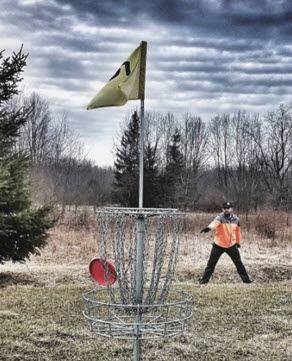