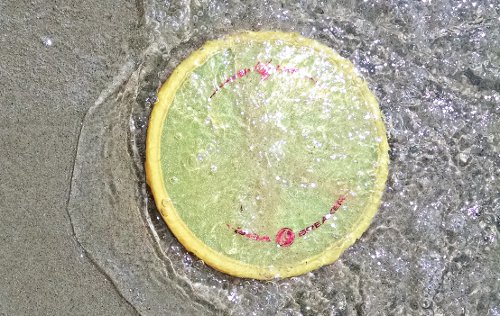 The Breaker surged into the market in early 2013 in a wave of several disc golf putter releases.  Does this overstable release from DGA sink or swim in the sea of plastic?

“The Breaker is an overstable putt and approach disc that is also great for midrange shots and will predictably “break” for the basket as desired.”

The DGA Breaker has a nice, flat top with a larger bead rim.  This is very similar to the Discraft Ringer – enough that I can’t see much of a difference at all.  The plastic has a nice grip to it, different than other grippy discs in that it feels like a powdery coating.  I would say it is grippy without feeling tacky if that even makes sense. 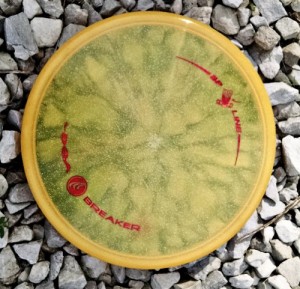 The shallow rim gives the Breaker a nice feel for putting.  It is very overstable, forcing me to aim outside the basket starting at 25’ with my push putting style.  Longer push putts dropped nicely without gliding away and landed in a manner that won’t cause too many rollaways.  The fade is predictable when used for spin putting too.  The shallow rim gave me no trouble releasing the putt no matter which putting style I used.  Initially, the plastic was very slippery but that went away after several field sessions with the disc.

It is worth noting that this putter is very good for putting in high winds.  The overstable nature and lower glide fight heavy headwinds especially well for a putter.  I did have trouble while playing in wet conditions.  The plastic got pretty slippery from the dew during an early morning round.

After putting with the Breaker for several rounds I’m certain it won’t be replacing my go to putter.  That’s not to say it won’t stay in my bag.  Chris loves the Kastaplast Berg as an overstable approach disc, but I’m happy with the Breaker.  I had been looking for an easy to release disc that could fill my 100’ to 200’ overstable approach need.  I’m liking the Innova Colt for straight and turnover shots at this distance, but sometimes I need a hyzer line that only an overstable disc like the Breaker can deliver.

Anhyzers with the Breaker flex back nicely and straighten out for a very small glide toward the basket.  This allowed me to find a short S-curve line that a putter doesn’t usually produce so easily.  Forehand anhyzers are very easy to control too.  I’ve had several times where I needed to throw an easy flick that moves right to left in order to avoid trees.  This disc is so consistent on that line that I’m actually excited to find myself in a similar situation.

Traditional golfers don’t use a putter from off the green very often, they use a wedge of some sort.  Perhaps disc golfers should think about adding a secondary set of putters for approach purposes only.  There aren’t too many easy release discs with limited distance and reliable stability in the wind.  For that reason, I’m going to keep the Breaker around. 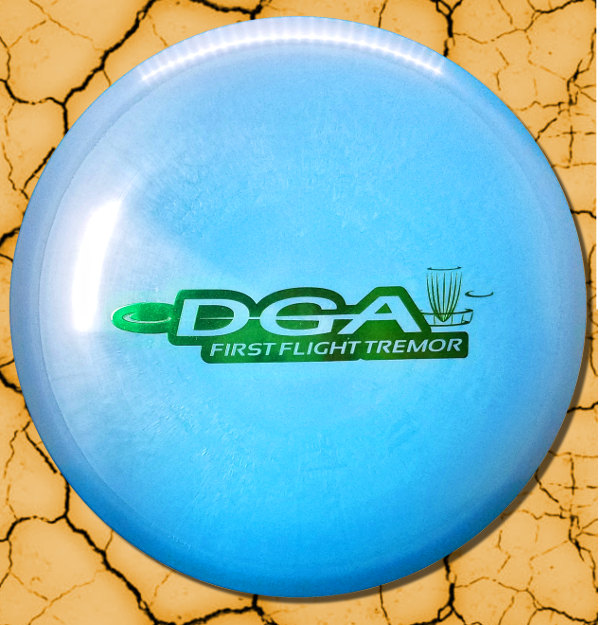 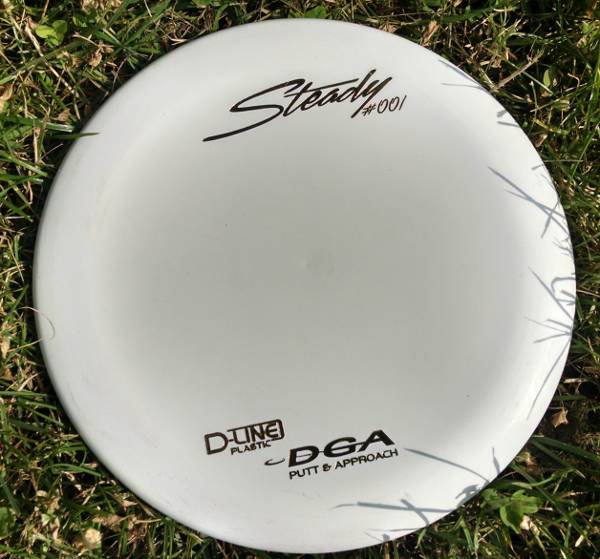