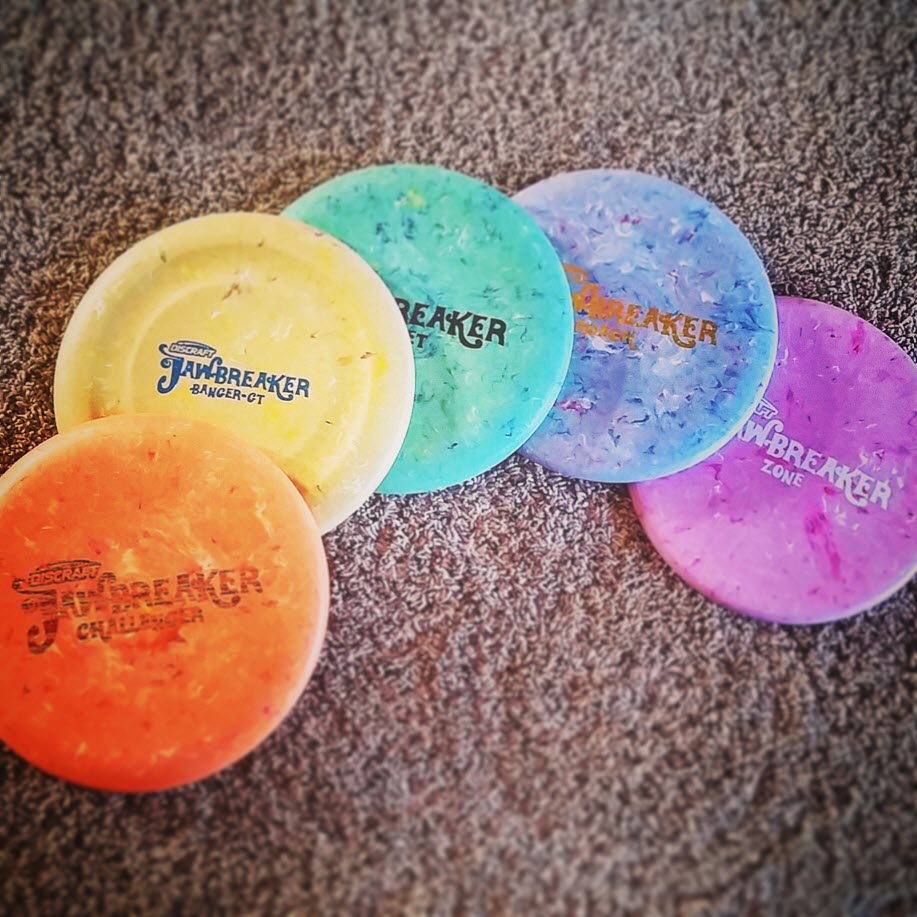 Discraft’s Jawbreaker plastic is their new putter exclusive plastic, and we couldn’t be more excited in the attention they’re giving to putters!  And even more exciting, the Jawbreaker plastic is beautiful!  It’s a marbled look very similar to a large jawbreaker you may find in the quarter machine at the mall, and comes in a number of pastel colors.

More important than the look, however, is the feel.  Jawbreaker is characterized by it’s superior grip best described as smooth but tacky.  Because of the pattern, many people have speculated that Jawbreaker plastic is actually rubber with a coarse feel similar to other manufacturer’s rubber molds.  This is not the case.  Different molds felt tackier than others, for example the Jawbreaker Zone was quite tacky and the Jawbreaker Roach started out quite smooth and after 15-20 throws the grip became better.

The name Jawbreaker insinuates a rock hard rigidity but these molds have a firmness similar to Elite X.  Push putters like Rodney will have to wait to see if Discraft provides a firm version of this plastic in the future.  That said, molds like the Challenger and the Roach do have a slightly more rigid flight plate than the others and are still a decent choice for push putting. 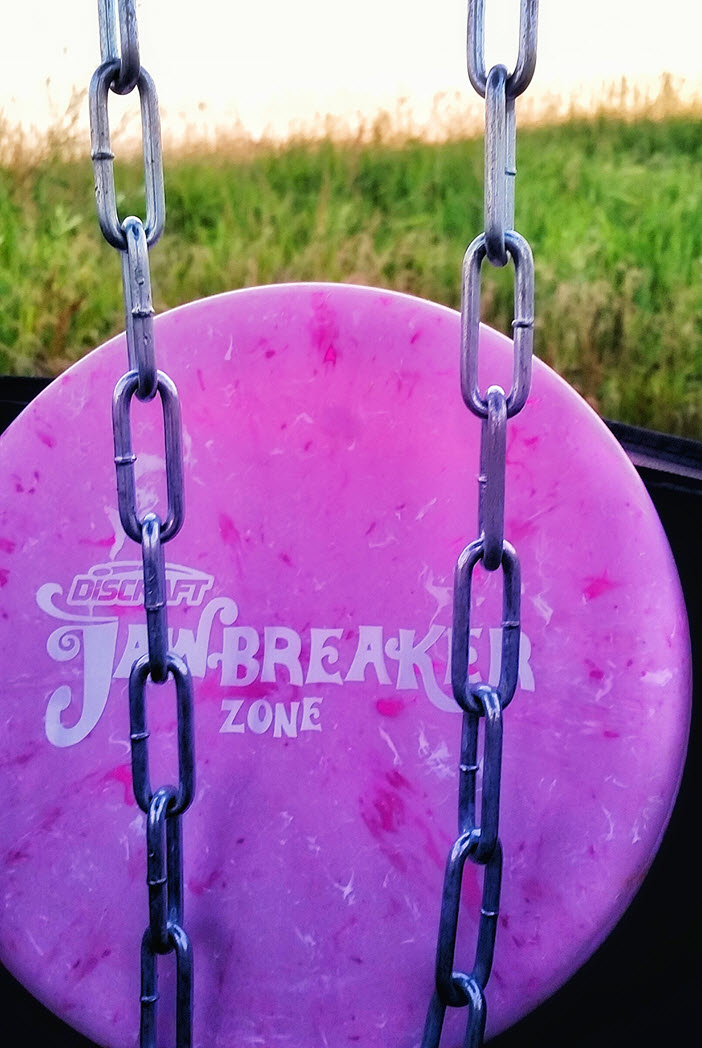 Initially, Discraft has released the following putters in the new Jawbreaker plastic: Roach, Banger GT, Magnet, Challenger, Zone.  We’ll have to wait in anticipation to see if other Discraft putters will be molded in this plastic (Focus, Ringer, Putt’r, APX).

While comparing the Jawbreaker plastic with Elite Z, Pro D, ESP, and FLX, we immediately noticed the new plastic offers a touch more glide.  We’re not sure if this was the original intent but the effect is wonderful for putting.  You can give your putts slightly less effort yielding more consistency and a little longer range.  We didn’t notice Jawbreaker molds consistently displaying overstable or understable characterstics, the Zone had a bit more positive turn than our ESP Zone which lessened as we continued to throw and the Roach was a touch less stable than our Big Z Roach, but only slightly.  This leads us to believe that it’s a fairly neutral plastic in terms of flight ratings and you’ll only notice slight variations if you’re very accustomed to a certain mold.

We’ve noticed that Jawbreaker is an excellent cold weather plastic.  It will become firmer as most plastics, but the flight is less affected by the cold and stiffness than most other types of plastic.  Chris now bags a Jawbreaker roach year round and it has become a cold weather all-star.

Discraft tells us this new plastic has some advanced polymers to promote good durability. The discs still fly and putt like new after 50-60 approach shots and 50 or so more putts (how nice to have two putt and approach courses in our backyards).  After hitting trees, stone, gravel, and our drought-laden turf, there’s nary a mark on any of these discs.  We did notice the discs breaking in nicely after the test rounds but without any damage, Jawbreaker shouldn’t take as long as ESP to break in but we anticipate a long life in your bag.  Over a period of a few months the top of most Jawbreaker molds begins to sink in similar to Pro-D, but this plastic remains much more consistent.  Chris’ Jawbreaker Roach has lasted two seasons now and has held up wonderfully.

All in all, Discraft fans and disc golfers in general should be very excited that discs like the Challenger, Roach, and Zone are now available in a more durable, putter specific, plastic.

If you’d like to try Jawbreaker for yourself, you can check out prices and see specific molds in Discraft Jawbreaker Plastic 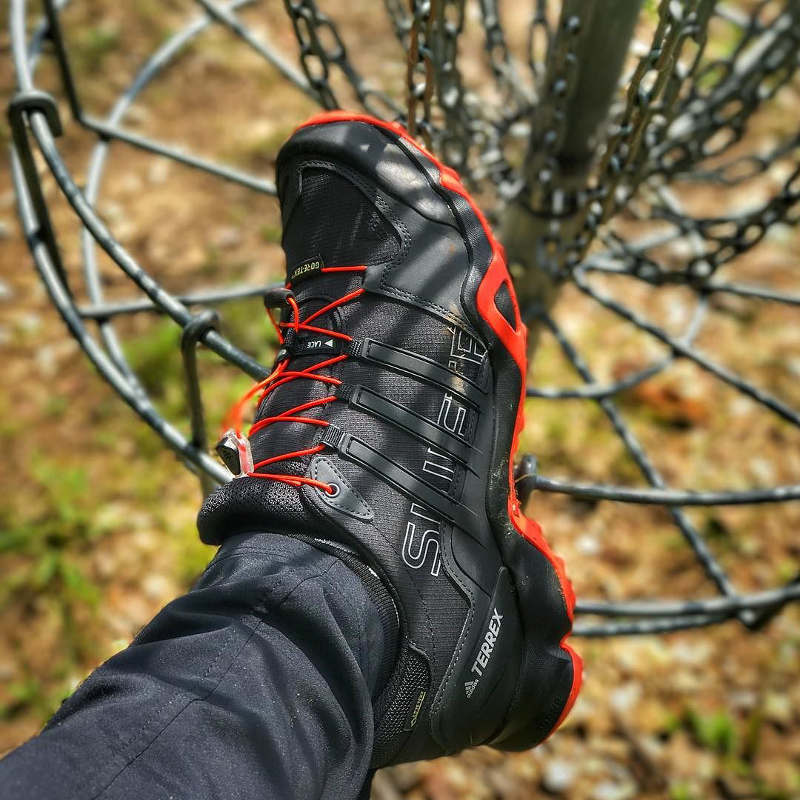 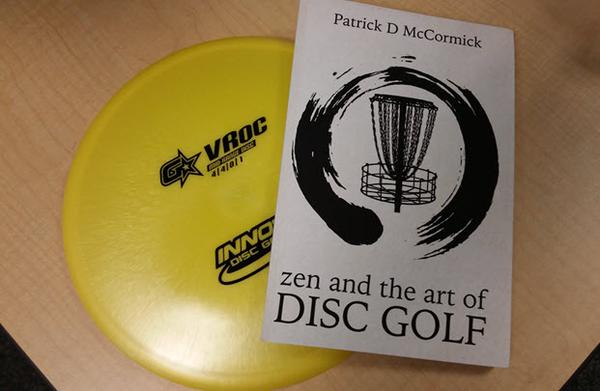 Zen and the Art of Disc Golf Book Review 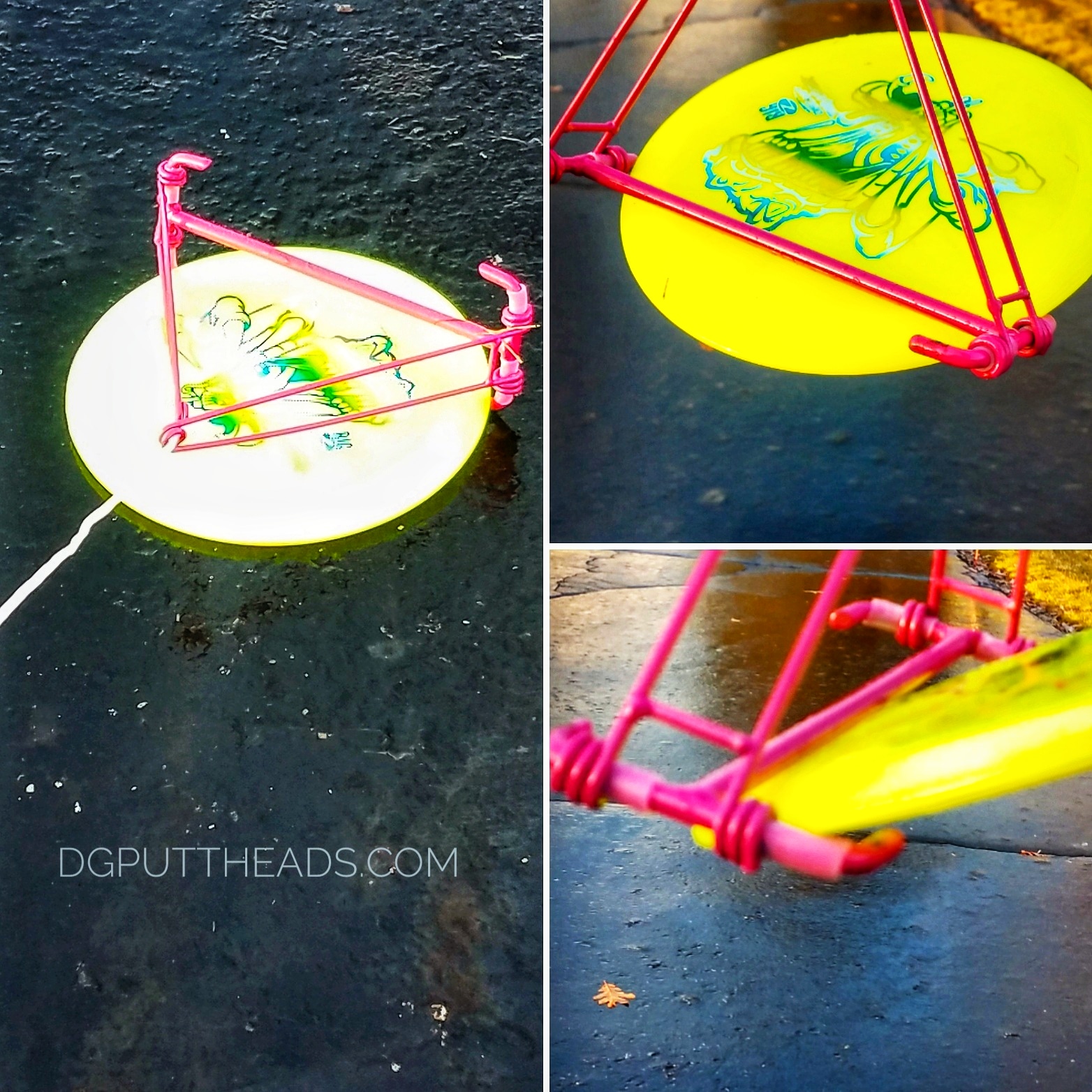