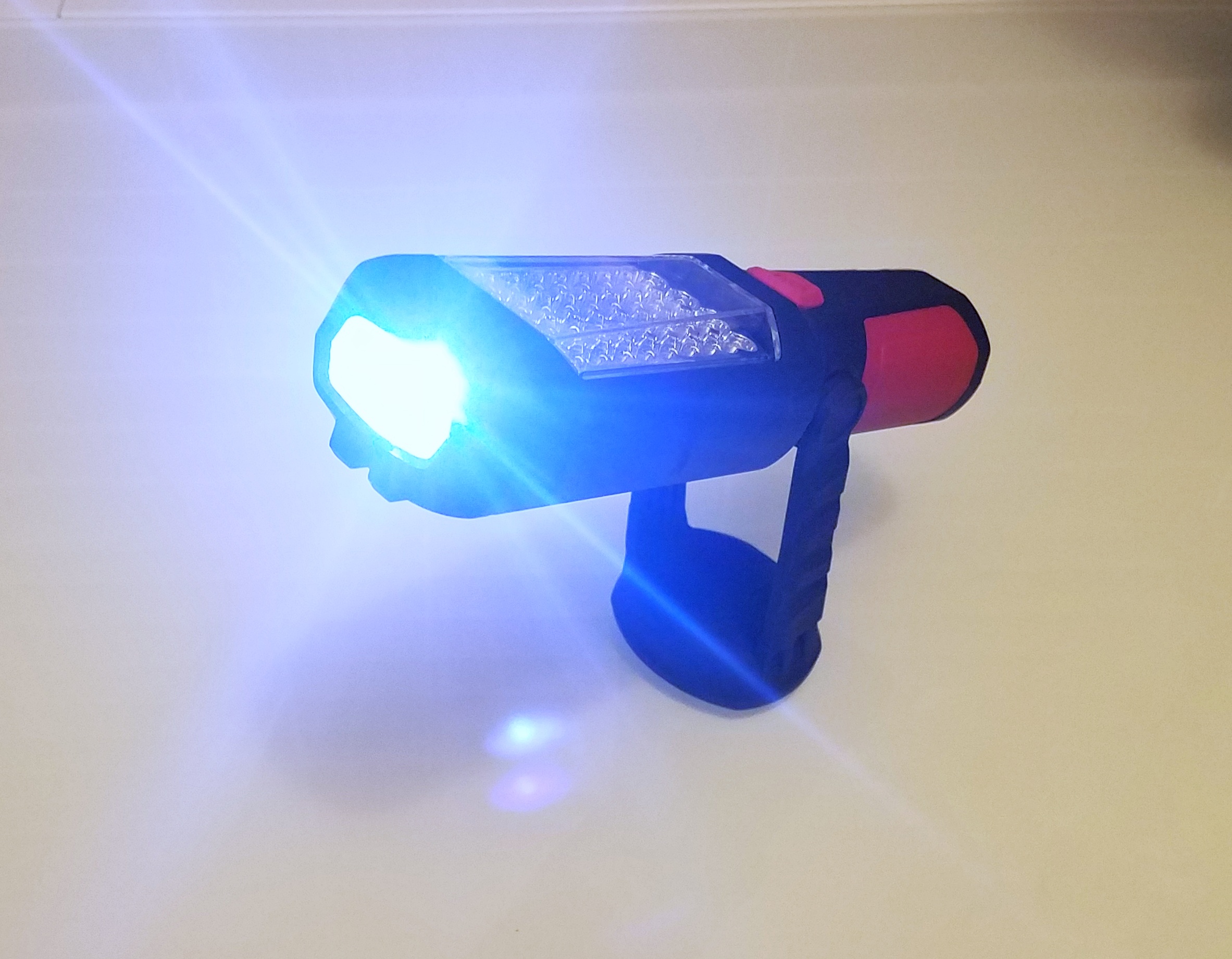 You probably already know that we love glow disc golf.  We’ve tested glow disc golf lights and plastic fairly extensively and have played many rounds with our Flashflight sets, but we’ve recently been introduced to a lesser known company producing an interesting product.  Demo Grid sent us one of their UV disc golf lights along with a Glow Cone, here’s what we thought of it!

The light itself is fairly large and very sturdy.  This is not likely a light that you’ll want to carry in your bag at all times because of the size and weight, but this is a great light when you are out with the intention of playing glow disc golf.  The flashlight has two lights built in, a UV light and standard LED flashlight.  This is advantageous because using a UV light to search for discs in the dark is simply not efficient so you can carry only this light instead of a separate searching flashlight.  I dropped the light on pavement a few times and it held up just fine.  In fact, this would make a wonderful camping light as well because of the magnetic stand and built in hook which are all high quality.

While it is not a high lumen light, the white light on the end is sufficiently bright to search a field for a disc and does a great job charging glow plastic.  The black light is large and can cover a disc surface in 2-3 quick swipes instead of multiple circles.  I’ve never had much issue with the time it takes to charge a glow disc, but the large UV light size is nice.

And then there’s glow cone. 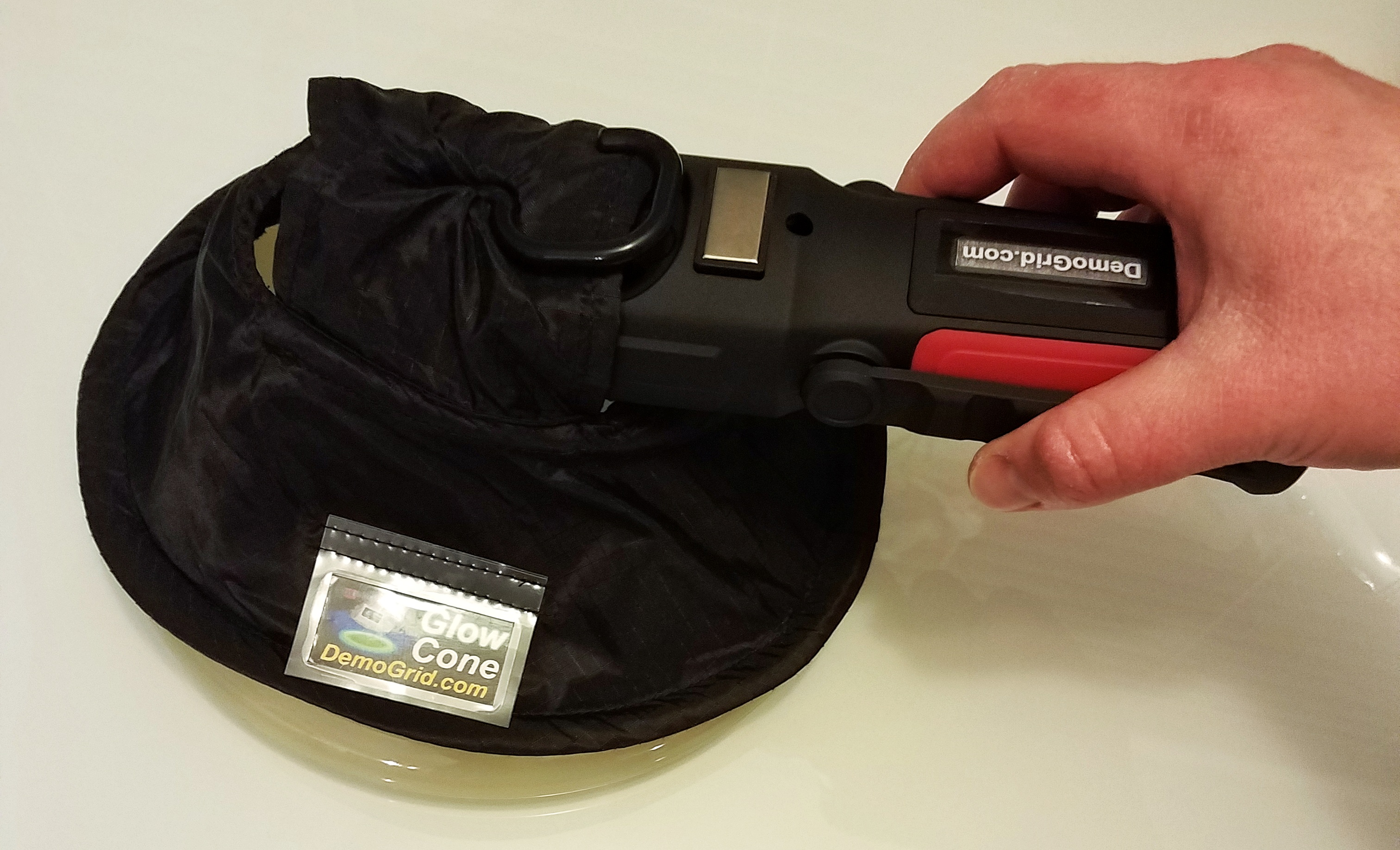 What is a Disc Golf Glow Cone?

Yep, that was our first question also.  The glow cone is literally a cone that attaches to the UV light so that no light escapes but instead bounces back on to the disc.  In theory this should charge the glow plastic better.  As I mentioned before, I haven’t had too much trouble charging a disc with a standard UV light so we put the Glow Cone to the test.  I found that the glow cone charged the disc with slightly higher intensity, but not to the point that it would be noticeable after the disc sits for two minutes in the field.  The Glow Cone is a neat idea, but I would recommend this light for the sturdiness and dual light feature more than anything. 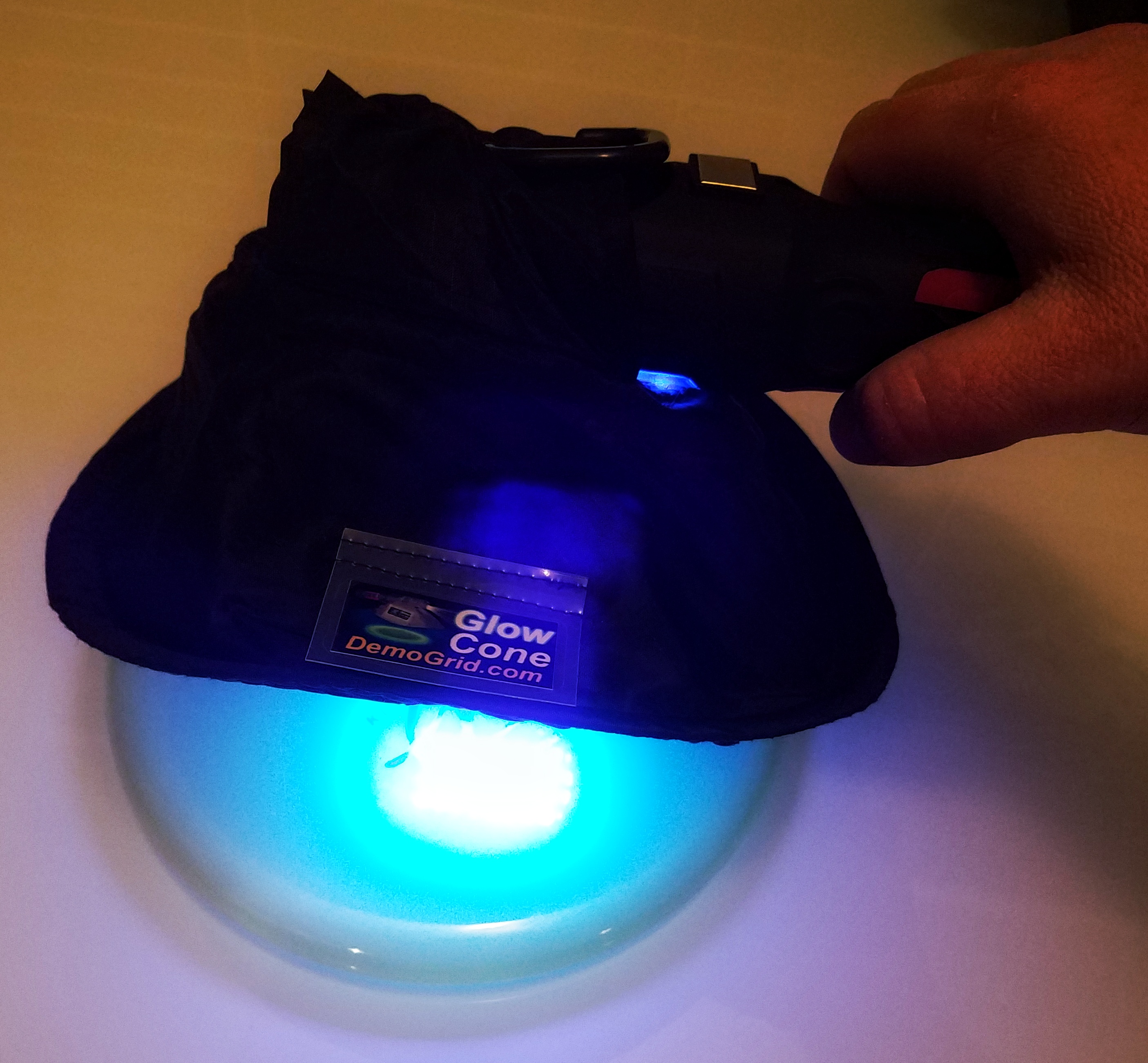 This is a good light, and at about $15 after shipping (currently on sale at the time of this review) I would recommend it.  It is a solid utility light that will work very well for night time disc golf with the dual feature and large sized UV light.  The Glow Cone is neat but I found it almost as effective to swipe the over-sized UV light across the disc quickly.  This would probably be a great gift idea next time you celebrate a birthday for a disc golfer.

You can check out pricing and purchase options here at demogrid.com 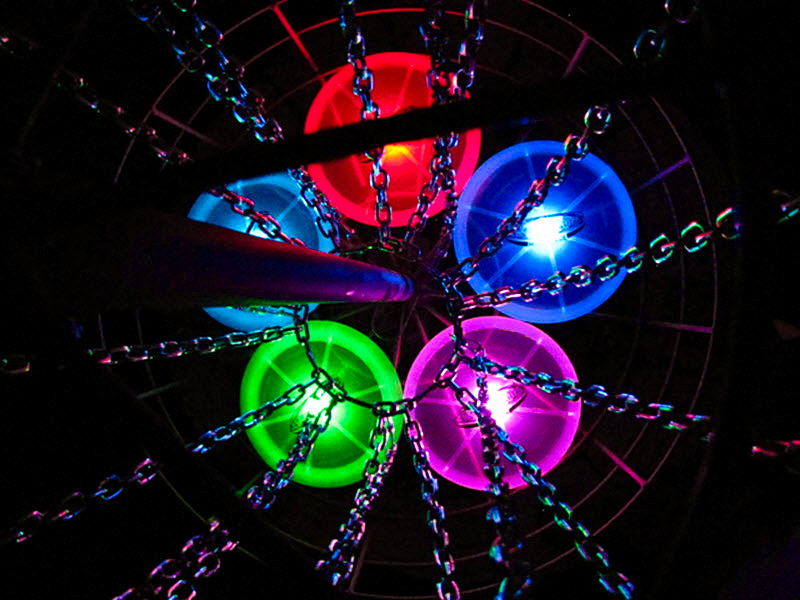 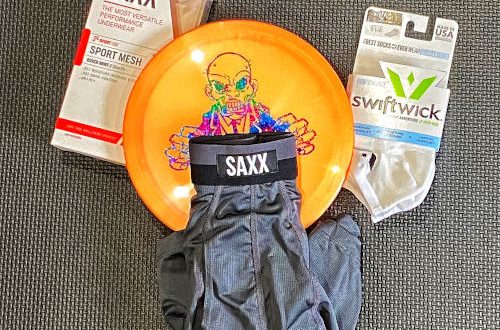 The Best Socks and Underwear for Disc Golf 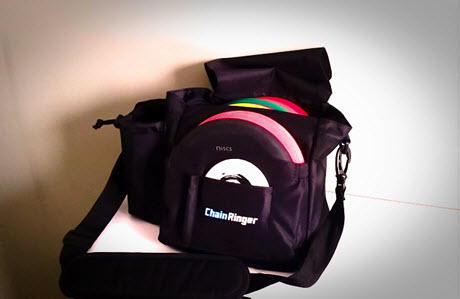