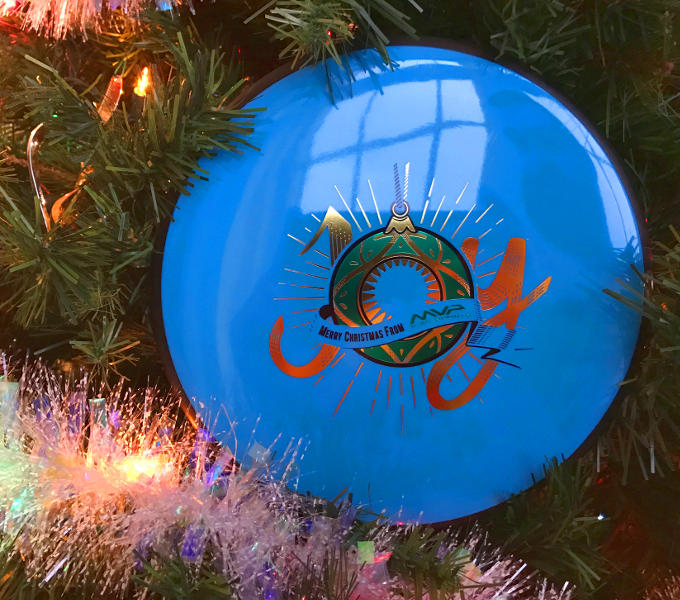 The 2017 MVP Circuit Putter arrives just in time to bring Joy for the holidays.  The MVP Particle is often compared to the Axiom Discs Envy.  They fly alike but the differences between two molds won’t require a microscope or a science degree to discover.

MVP’s Notes on the Particle

“Particle is best described as flying like a more overstable Envy, able to handle wind and a long straight travel before a guaranteed fade. As with all MVP and Axiom 10mm class discs, the Particle has a mildly shallow height that makes it fast in the air and easy to throw cleanly without wobble.”

The Particle has a nice flat top.  The rim feels decent but not as comfortable as the Axiom Discs Envy – it comes to a slightly uncomfortable point at the microbead.  As is always the case with MVP Discs, the black overmold frames a vibrant and shiny flight plate, making it a gorgeous disc to pull out of the bag.  The specific model we reviewed is the 2017 Christmas Special Edition with the Joy stamp.

MVP Particle By the Numbers

I found the Particle and the Envy to throw almost the same distance, but the Particle arrives faster with less glide so it seems a little more overstable.

The Particle putts like most moderately overstable discs – consistent inside the circle with a noticeable fade at 40′ and beyond.  Interestingly, the amount of fade increases disproportionately as the distance of the putt increases.  For push putting, the MVP lineup offers better options like the Anode, the Atom, and the Spin.  For a spin putter who tends to putt with extra power, the particle might be a great option.  The overstability of the Particle keeps it from gliding too far past the basket.

Just like its cousin the Envy, I believe the Particle works best as an approach disc.  The manufacturer implies this and also draws a similar comparison to the Envy.

Thrown from the tee, the Particle doesn’t turn at all and holds a very nice straight line for a long time.  It has a reliable, but certainly not overbearing, fade.  I expected the Particle to cut further left based on the shape of the rim.

Moving closer to the basket and throwing with less power, the Particle exhibits the same flight path as a full throw.  This helped me quickly understand the disc – even though it took me a while to trust this feature. While it won’t be your best option to force around a major obstacle either direction you can get some lateral movement.  On a soft anhyzer, the disc fights back to flat fairly quickly and it holds a hyzer nicely without dropping out of the sky.

I’m not a huge fan of the MVP Particle but that is probably because I love the Envy so much.  It doesn’t putt well for me and I just can’t get used to the shape of the rim.  That said, it performs consistently and is could become very reliable with enough practice.  The Particle feels a lot better than the Innova Nova I carried for a little while despite my hatred for the feel of the disc.

Given a choice between the Particle and the Envy, I’d choose the Envy for sure.  If you’re looking to draw a comparison to other brands, it performs most similarly to the Innova Aviar3.  If you’re an intermediate to advanced player looking to fill your bag with only black rimmed MVP discs, the Particle is your best option for a moderately overstable approach disc.

You can pick up your own MVP Particle here today! 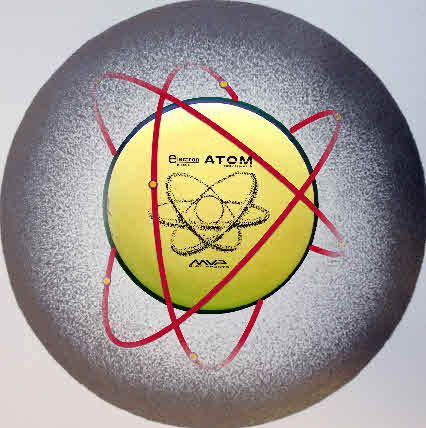