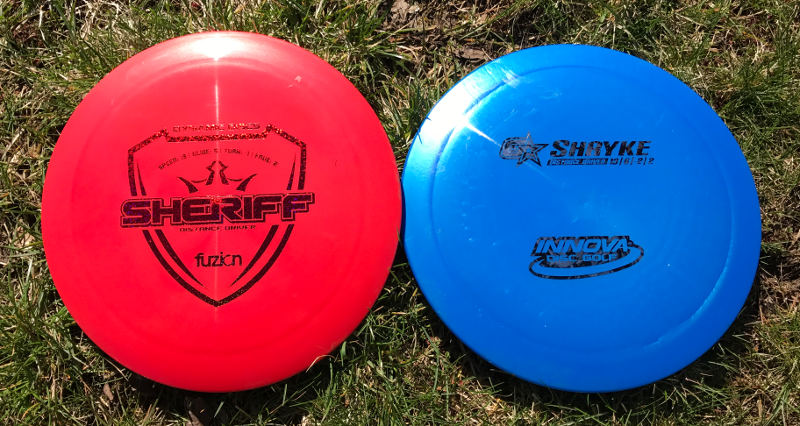 Two new drivers have received a ton of hype so far this year, the Dynamic Discs Sheriff and the Innova Shryke.  It’s time for a Puttheads Showdown!

In the red Fuzion plastic, we have the Sheriff from Dynamic Discs named after the law enforcement officer in the United States.  With an extra thick 2.4 cm rim, the Sheriff feels like the Discraft Crank or the Latitude 64 Ballista in your hand.  I recall hearing that the original intent with the mold was to make a speed 14 disc but it didn’t turn out quite fast enough.  That explains the significant rim size difference from their 2.1 cm Trespass, a 12 speed disc.

A versatile high-speed disc is hard to find. They are usually too far on one side of the spectrum to be a true multi-tool. Introducing the Sheriff by Dynamic Discs. Long anhyzers, flex shots, pure hyzers; the Sheriff will arrive just in time to protect you from the onslaught of bogeys sure to come without the right disc. Attack the course with a new confidence knowing the Sheriff is standing with you to handle any problems that might arise.

In the blue GStar plastic, we have the Innova Shryke named after a songbird with a sharply hooked bill that also goes by the name butcherbird.  The Shryke’s rim measures in at 2.3 cm, just like the Innova Tern and Archon and the Westside Discs Giant.  Touting extra distance for lighter arms and less side to side movement compared to the Tern, the Shryke has been a highly anticipated release from Innova.

The Shryke is an easy to throw, very long range driver for a wide variety of players. A mild high speed turn puts the Shryke in glide mode, which along with its high aerodynamic speed, give it incredible distance. The low speed fade is also mild, which makes it easy to keep on the fairway. The Shryke is similar to our popular Tern but faster and slightly more high speed stable.

The first throw with any new disc should be in a field, so that’s where we started.  Unfortunately the wind was gusting upward of 25 mph. Both the Fuzion Sheriff and the GStar Shryke are slightly understable and throwing them in the wind isn’t the best use of the disc.

After warming up my arm with several midrange throws, I started throwing the drivers with a 20 mph tailwind.  As expected, the neither the Sheriff nor the Shryke flipped up with that much tailwind (my normal drives go around 350′).  I enjoyed a nice straight flight with my flat release.

My concerns with these discs showed up a little more when throwing back against the wind.  Both turned significantly and finished right of the target, but neither turned and burned.  As they break in I think there could be some concerns with using either driver in a headwind.

The first time out on the course with these new drivers was in calm conditions.  I brought along the Trespass I had used for a good portion of last year for comparison purposes.  Throwing three drivers off the same tee can be tiring but it certainly allowed me to compare the discs in real-world conditions.

For the most part I don’t see too much of a distance difference, on average, with any of these discs.  The difference is how they fly.  My Trespass flips up a touch, flies straight, and fades back with a net overstable result.  The Sheriff flips up, turns a little more, and flies straight before fading back to a stable or straight result.  The Shryke flies pretty similarly to the Sheriff, but seems to get a touch more distance.  We’re talking a difference of a few feet for me.

Another difference with these discs is an important one – consistency.  Every throw with the Shryke released on a similar line and flew a similar flight path.  The Sheriff was solid, but every now and then the larger rim would cause me to release a little early.

I’m in the middle of choosing a driver for my minimalist bag strategy.  Both the Shryke and Sheriff performed well in calm conditions.  Carrying either of these, I’d need an overstable option for those windy days but that might be ok.  I consistently eclipsed my normal distance with both discs.  The Shryke performed slightly better on most throws, likely due to the extra turn it gets at the beginning of its flight, and was also the most consistent driver.

For those of you throwing shorter than 300′, you’ll probably get better distance and control driver like the Discraft Undertaker.  If you have a cannon arm, either the Sheriff or the Shryke might be a good tailwind or hyzer flip driver for you.

If you are throwing 300′ to 350′ and like larger rimmed drivers, you need to give the Sheriff a try.  If you want a little more turn with a smaller rim, the Shryke might be a solid option for you.  Either way the s-curve flight path you’ll get should give you a chance to achieve some big distance.

If you’re ready to try a Sherriff or a Shryke for yourself then you can see the pricing here: 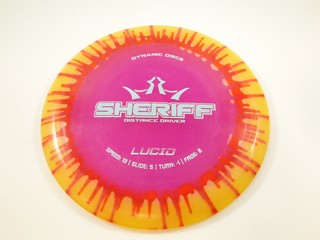 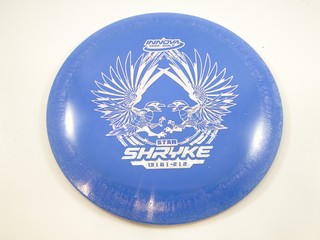 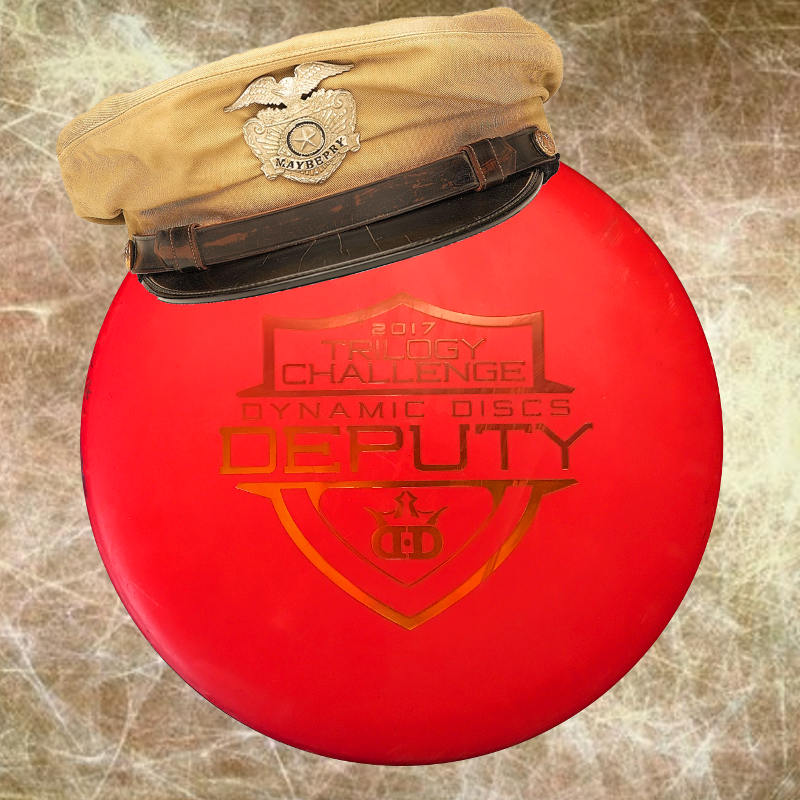 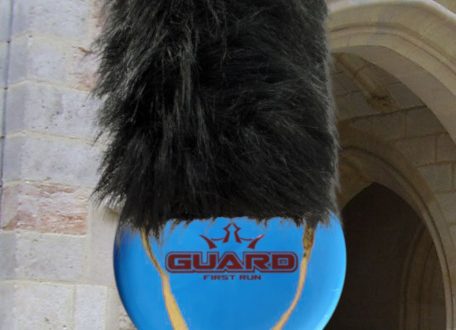 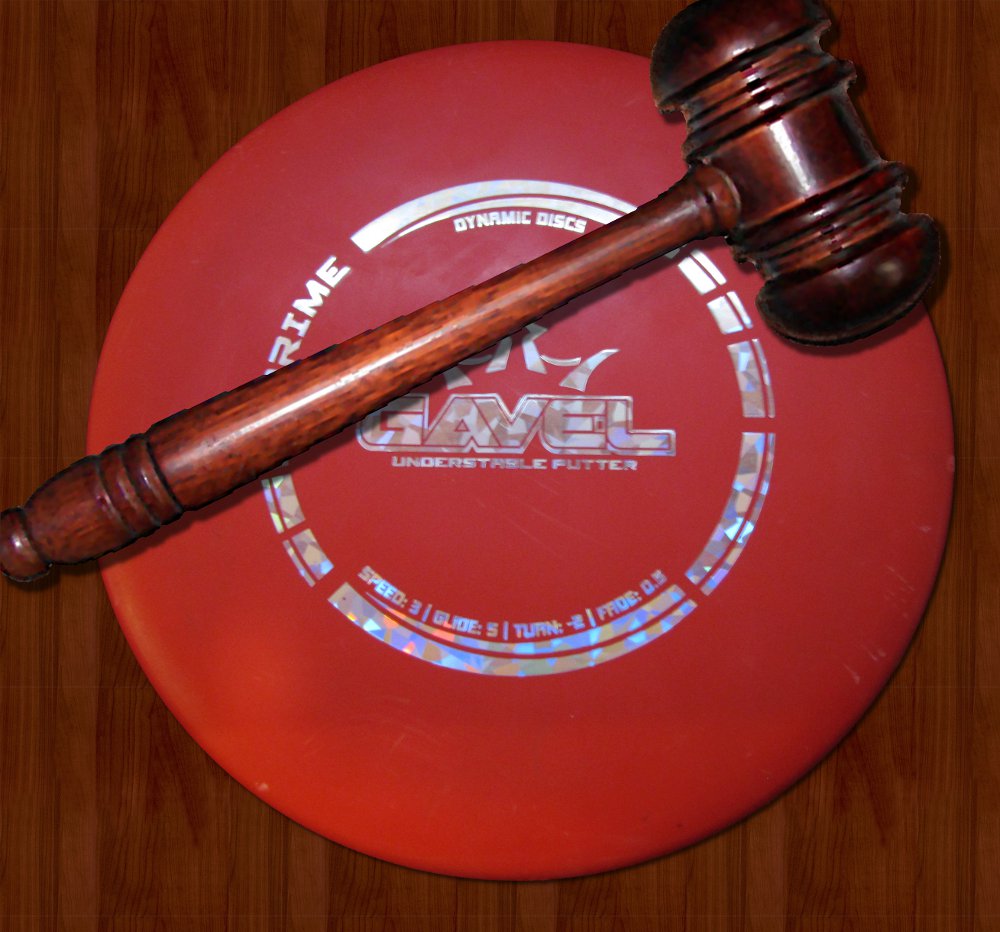