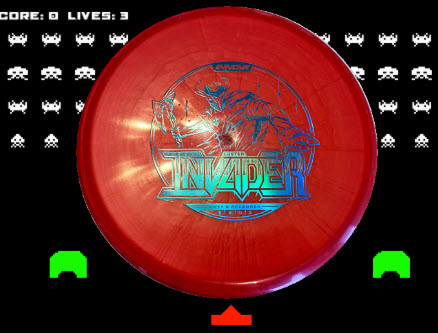 Innova has introduced another low glide putter to its lineup, the Invader. The Invader specializes in approaches by balancing low glide with ease of release. This putter offers a comfortable grip and a confident run at the basket. I don’t feel like making a cheesy disc name pun, so here’s your review.

Here’s how Innova describes the Invader:

The Invader is one of the best driving and approach putters available. Its flat-top profile features a rounded, small bead rim making it easy to grip-n-rip straight flights. Put torque onto the Invader, it can handle it—backhand and forehand. We’re launching Invader in durable and grippy Luster plastic.

If you added a cape to Innova’s Bullfrog then you’d have the Invader. The Invader looks and feels like the Bullfrog with a flat top, blunt nose, low profile, bead and has a very similar flight path but it has more glide. This is not a bad thing, the Bullfrog is a great disc, I’m just not sure why Innova needed a higher glide Bullfrog. Regardless, the Invader is a good putter that comes in the delightful Luster plastic with a cool stamp. 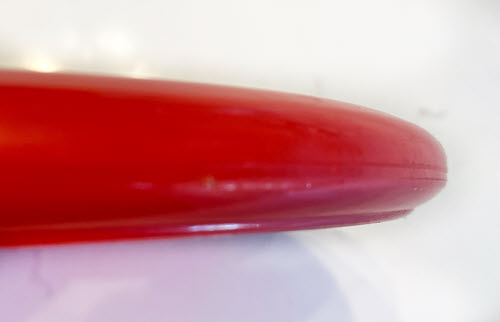 The Invader is a point and shoot putter with moderate to low glide. It offers a comfortable release and consistency. The moderate glide helps in the wind, but it doesn’t fight the wind hard. It has just enough glide to work fine on any long putt line, but it won’t move side to side as much as higher glide putters. It works decently near the front of circle two, but the low glide makes putting more difficult as you get toward the back of circle two. 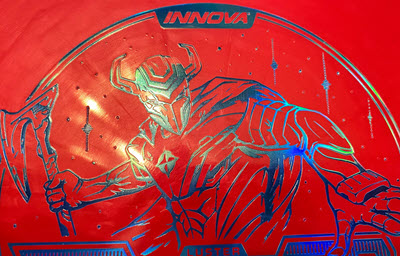 One great advantage of the Invader is its ability to grab chains. The Invader caught and dropped in the basket many times when it should have dropped out after hitting a single high chain or even the am side. This held true for any putting style. Given the shape and propensity to grab chains, the Invader is a good option for turbo putting as well.

Innova claims that the Invader is their best approach disc gof tight lines. I am inclinded to support this because the moderate glide is forgiving of errors but not so low (like Bullfrog levels of low) that it takes a lot of effort to throw. I find that it can handle a decent amount of torque, but it will still turn when snapped and show significant turn when thrown full power. This makes it workable enough that it can be used in many situations, but you will not be reaching for the Invader when you need to maneuver around objects.

When thrown, the Invader reacts to wind similarly to when it is putted. It is less affected by wind than any high glide putter, but it has enough glide that heavy wind will toss it. Basically, the Invader is a decent throwing putter in mild wind gusts and will probably still do what you want in light breezes. regardless of conditions, the Invader hardly ever skips and it doesn’t roll away often. It offers a nice soft landing. 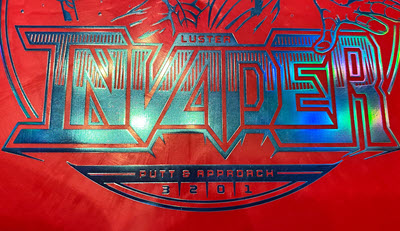 The Invader works fine for light sidearm and flick shots. However, it does not move side to side much so the main advantage is reaching around an obstical or throwing out of a tight spot. Even on back hand shots, the Invader will not fade to the side much, similar to how I have previously described Discraft’s Focus. This allows for higher shots that can still fade relatively straight, another attribute that is helpful for very tight approach shots.

The Invader falls within an already packed low-glide, straight putter field, but is none-the-less a solid putter. It could easily find its way into your go-to slot. The feel and versatility will make it enjoyable to a wide variety of disc golfers for both putting and approaching.

Your chance to test out this lustery approach putter is right here! 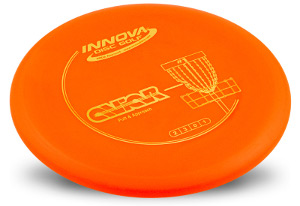 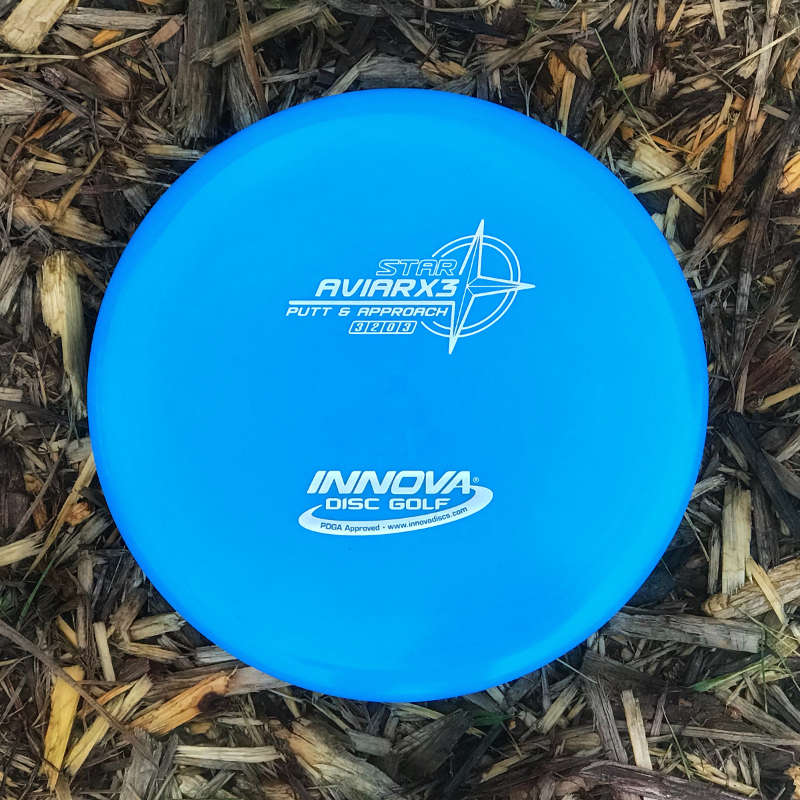 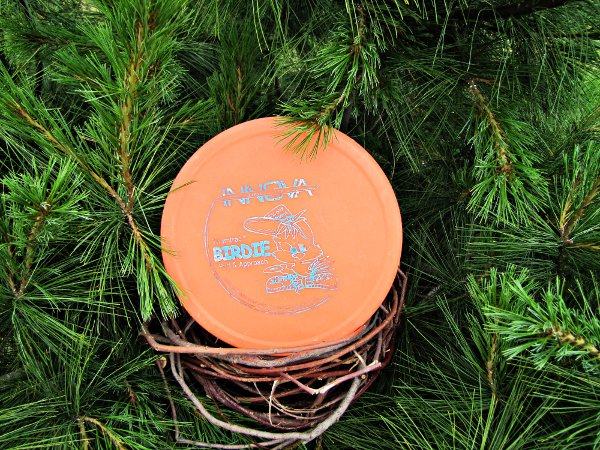