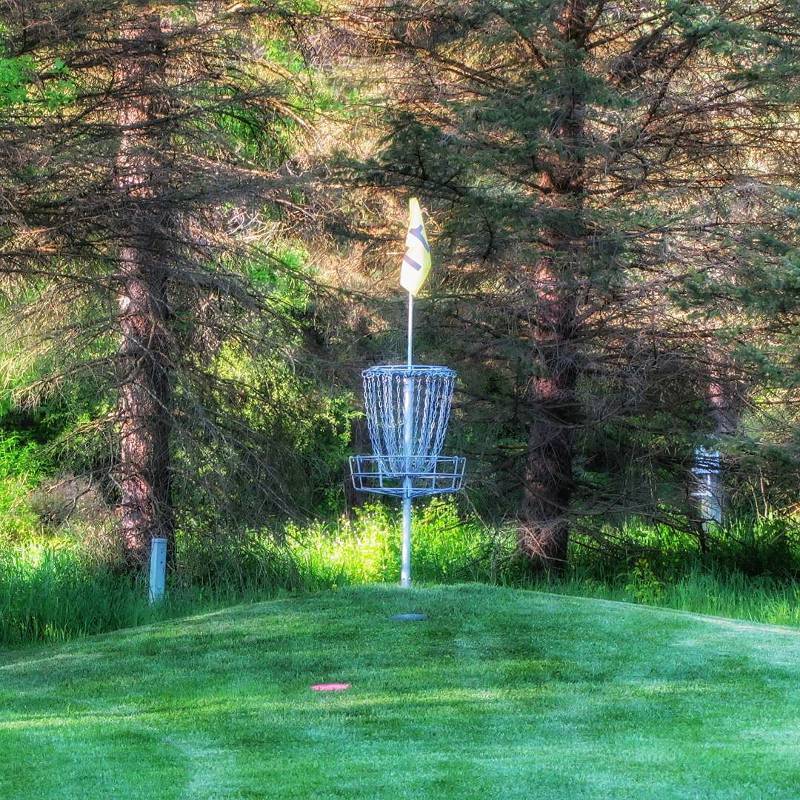 Watch a round of disc golf at the local course or a professional tournament, and you’ll notice something very quickly: there are a lot of different putting styles! Spin, turbo, push, spush, walking, and list could go on.  Each of those basic putting styles has seemingly unlimited possibilities and personalizations.  Zoom out a little and you’ll notice that successful putters have a few basic similarities regardless of individual technique.

What do I notice when I watch the best disc golf putters?  I see consistency, efficiency of motion, situational analysis, pre-shot routine, and balance. I don’t believe any one of these is more important than another.  Falter in one component and your putting percentage will certainly decrease.  Let’s look at each of these items in detail, in the basic order of execution.

You arrive at your disc after a great drive, grab your putter, and toss it at the basket, right?  Of course not!  There are several considerations before we even pull a disc and address the putt:

Notice, none of those steps include my score on the last hole or standing in the tournament.  There may be some rare situations when, on the last hole of a tournament you know you need to risk it all and run the putt.  But usually we should ignore those distractions and focus only on the shot at hand.

I believe this step is so important that I’ve already written an article on it.  Quoting our Pre-shot routine article:

The core elements of a pre-shot routine include:
1. A mental trigger to start the focus process
2. Visualize the target or line
3. Practice run ups/throws if desired
4. Find your exact setup position
5. Relieve tension with some sort of arm and leg waggle
6. Execute the shot

Balance can easily fit with the next two items, but it is important enough that it deserves special consideration.  Simply put, without balance, we cannot execute efficiently or consistently.  Starting with a balanced setup and continuing through a balanced motion can also reduce fatigue and injury.

That sure is easy to say, but how do we ensure balance while putting a disc?  First, you should be able to control your setup.  Common wisdom tells us to find an athletic posture, like a shortstop ready to field a grounder.  That works great if you are putting from a straddle stance, but what does an athletic posture look like for an in-line putt?  Think about equal weight distribution with your feet spread apart, but not too far.  In fact, a great starting point is to set up like a shortstop and pivot both feet to the right (or left for our left handed putters).

Efficiency of motion is a little more subjective when analyzing form of other athletes.  The best putters in disc golf have very little wasted movement.  Every motion is contributing to the end goal, propelling the putter on a line into the basket.  Take a few slow-motion practice putts and think about your sequence.  Even better, take a slow-motion video and watch yourself in excruciating detail.  You may be notice some movements that don’t help the putt, or may even reduce consistency.  There’s also a chance that one flaw has caused you to adapt some sort of compensation move, both of which should be removed from your form.

My main recommendation is to remove as many levers as possible while still being able to send the disc through the chains.  Additional levers are important for distance but adversely effect accuracy.  A short putt should have little to no lower body action, and possibly no elbow or shoulder movement (depending on your style).  Longer putts may add more arms while approach putts might have hips and legs.

None of the previous components matter if you don’t practice them consistently or if your putting form itself isn’t repeatable.  Again, this topic is easier to say than do, but let’s think about a few easy points of consistency and ways to improve.  Most of these are the core fundamentals of a given putting style.

Your in-the-circle putting should almost always be done with the same putter mold.  How will you grade consistency when the discs you use don’t even fly the same?

Approach putts of a longer distance or non-standard line are an exception, but even those putters should have consistency.  Abnormal winds, rain, or temperatures might cause a change too.

If you planning to carry a different plastic due to the temperature or rain, be sure you have ample practice with that plastic as well.  Yes, the mold is the same, but each plastic releases a little differently.

Many people prefer a different putter mold for putts outside the circle, or headwind, or tailwind.  You may as well but remember to practice continually with that mold and, when in doubt, use your comfortable putter.

For the same reason, you need to find a comfortable grip and use it every time you putt.  Chris keeps a putter in the car and at his desk for this exact reason.  Repetition and practice will keep your grip the same for every putt.

Your stance is mostly in your control.  Occasionally a bush or tree affects your setup but most of our putts we get to choose how we address the shot.  Comfortable with a straddle stance? use it for every putt.  Prefer a reverse lunge position? if you can do it consistently and maintain balance, go for it!  Whatever your stance, incorporate it into your practice sessions on every putt.

Just like our stance release angle is usually our choice, but some exceptions exist.  Maybe you prefer a hyzer putt that fades into the chains.  Maybe you like to throw a flat putt that hits the pole.  Either way, plan for the same shot every time and practice that way too

Last, but not least, our putting motion must be an exact replica for every putt of a given distance.  How do we get there?  Well, there isn’t a magical remedy or formula aside from practice.

Set up a basket in your yard and throw a few putts every time you walk by.  Go to the local course specifically for practice putting.  During solo rounds, putt an extra three discs every hole.  Remember though, every practice putt should include the core elements we have discussed here.

Lists like this usually result in some sort of controversy.  Where’s item X?, what about Y?  What would your top five look like?

While the disc isn’t always the most important component of your game, it can certainly give you an advantage if you choose wisely.  So check out this article if you’re asking yourself, “What’s the best disc golf putter?“. 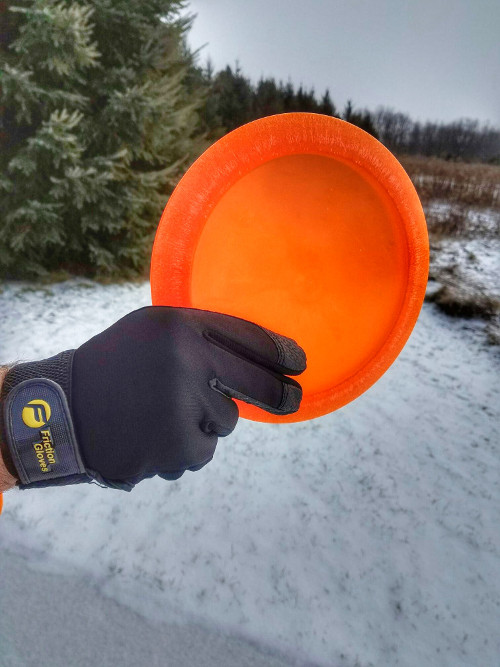 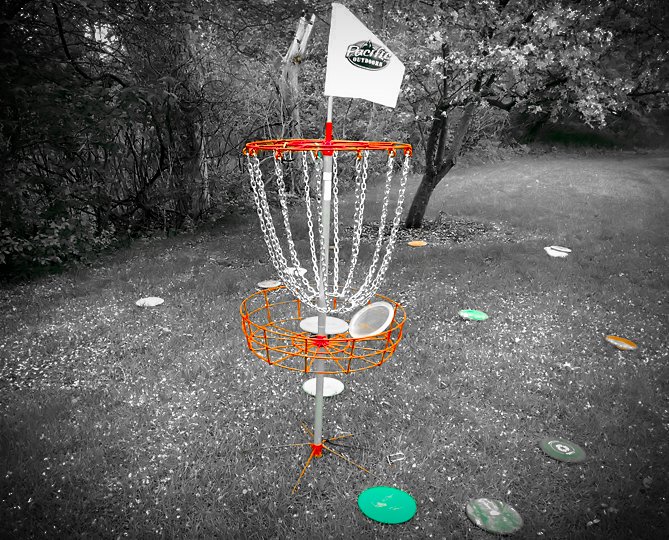 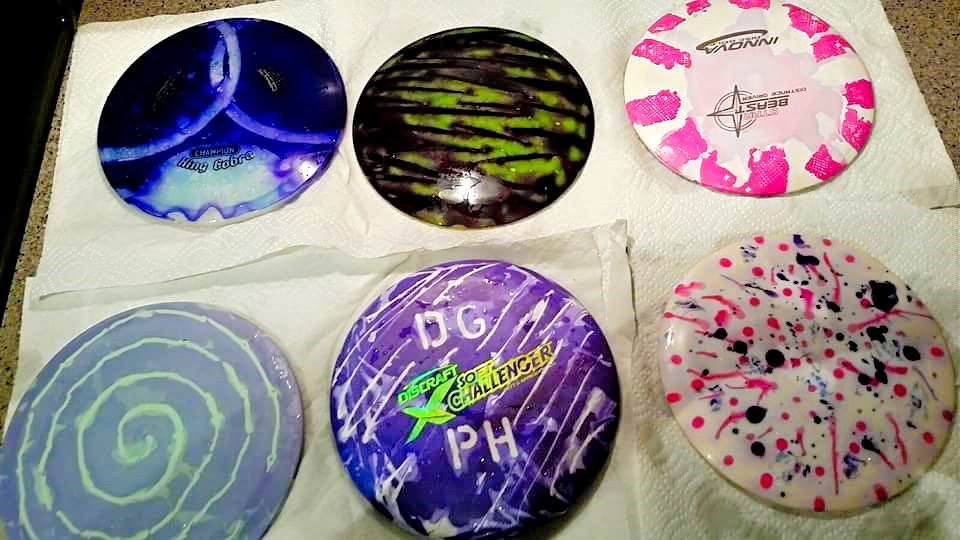 How To Dye A Disc Golf Disc